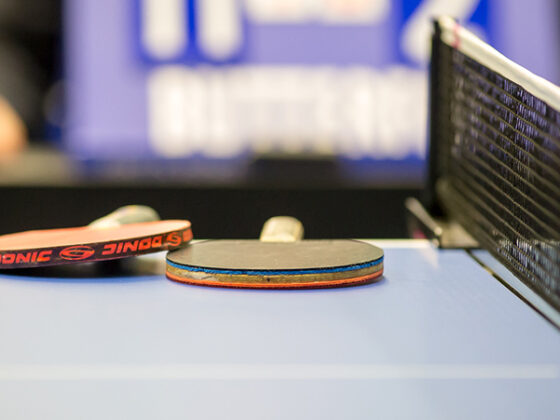 There will be 28 teams competing in the 2021-22 season of the Clacton and District League. Although this is two fewer than finished the interrupted season two years ago, the Management Committee has been encouraged that most players decided to re-join for the new season.

Once again the League will operate three divisions.

Division One (9 teams): Brotherhood A; Nomads Panthers and Lions; Walton A, B, C and D; Windsor Eagles and Hawks.

The season starts on Monday 4th October with the last playing day on Friday 2nd April 2022. Details of the fixtures will be published on the League’s website shortly whilst the League Handbook will be available by the end of September.

The provisional date for the Closed Championships is the weekend of 9th/10th April at the Coastal Academy Sports Hall.

The Handicapped Singles Tournament is planned for Saturday 5th February but the date for the Junior Combination Tournament has yet to be decided. The venue for both these events will be announced later.

As a change from the usual programme, the initial stages of the Knock-Out Cup competition will operate on a group basis, followed by four knock-out rounds. The final will take place at the Brotherhood Hall on Tuesday 5th April 2022.

Because of the uncertainties caused by Covid which still surround the coming months, the Management Committee has reluctantly decided not to run the Handicapped Doubles Challenge as part of the main programme.

The competition, introduced in 2019-20, was popular with many players, especially in the lower Divisions, and so it’s hoped it can be resurrected when circumstances permit, either at the end of this season or as part of next season’s programme.

* Players are reminded of their responsibility to register with Table Tennis England. This can be done online or by telephone and must be done before the season starts. This is important as any matches played by a player not so registered will automatically be forfeited.