Clacton & District: James on the ball for Walton 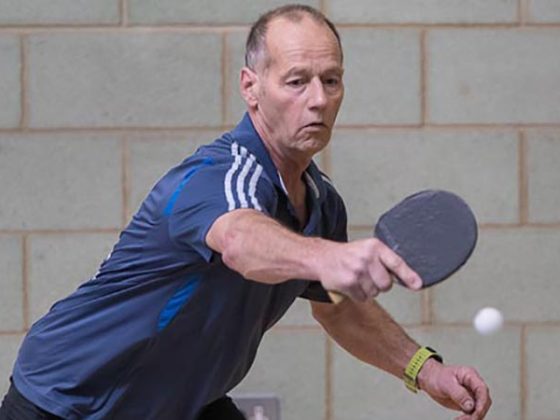 Kevin James was on top form in the opening week of the season in Division One of the Clacton & District League, producing an early shock as Walton B inflicted an unexpected 6-4 defeat on Brotherhood A.

Nomads Panthers got their title defence off to a good start with a solid 7-3 success against Windsor Hawks.

Liam Harris won three, Gill Locke two and John Hatley one for the Panthers while Andy Vincent, who picked up a couple for the Hawks, was involved in the only match of the evening which went to five, defeating Locke 11-6 in the decider.

The Nomads Lions v Walton C encounter ended all-square, the crucial match coming in the final match of the evening where Adam Cuthbert ensured a share of the spoils for the Lions with an 11-9 in the fifth win over Peter Burrows.

Cuthbert remained unbeaten with newcomer Dave Miller contributing a couple whilst, for Walton, Burrows won two, and Graham Buxton and John Marshall one each.

Sharpe’s 11-6 in the fifth win over Paul Metcalf was the only individual match which went the distance, with the D team’s consolation point coming from a Mark Beckham victory over Martin Scarfe.

Three from John Colvin, two from Ian Sherwood and one from Jack Cansdale, plus a Colvin-Sherwood doubles success, gave Lawford a hard-fought 7-3 victory over Windsor Buzzards. Dave Martin won a couple for the losers.

Brotherhood C were 8-2 winners over Nomads Jaguars, Mark Salter leading the way with a hat-trick. He was well-supported by Barry Allen and Russell Hillier, who each won two, while Daryl Lott recorded two for the losers.

Isabel Barton, who took two points for the Harriers, scraped past Graham Bunce 12-10 in the fifth whilst Graham Bunce and Debra Found, who enjoyed a good win over Barton, took the Kestrels’ points.

Ben Bryden and Elliana Burridge starred for Brotherhood, both winning their singles in three-straight, whilst Andre Pavlov only just failed to get off the mark, Malcolm Caley taking their individual match 11-7 in the fifth.

However, the new juniors of Windsor Merlins were less fortunate against Windsor Penguins, losing 9-1 against the Penguins’ strongest trio, Peter Aumord and Kayley Rodriguez taking trebles.

Sharon Gowlett of the Penguins won two but lost out to Joe Plummer. And the Merlins might have won more as two other matches went to five, including a Rodriguez-Gowlett doubles win, 15-13 in the fifth, against the two Plummers, Sam and Joe.

Meanwhile, Walton E set off like a train to chalk up a 10-0 win over Nomads Ocelots.

Rivhu Khan, making a first League appearance for two-and-a-half years, stayed unbeaten, as did Clive Allenby and Toni Hayhow-Khan, although Hayhow-Khan only just made it, edging it 11-9 in the decider against Arthur Wells-Garrett.