Clacton & Dist: Walton A or Walton B?

With only a handful of matches left to play in the current Clacton & District League season, it looks likely that a Walton team will finish as runners-up to Nomads Panthers in Division One – but which one? 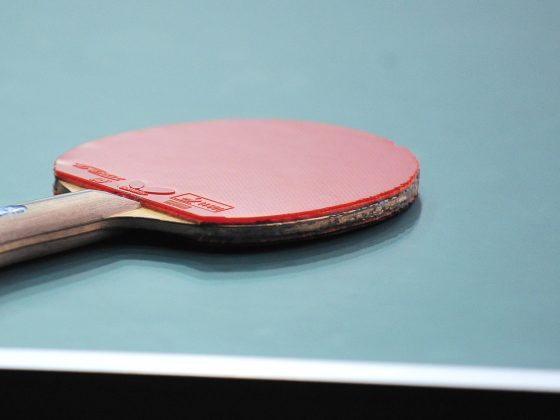 With only a handful of matches left to play in the current Clacton & District League season, it looks likely that a Walton team will finish as runners-up to Nomads Panthers in Division One – but which one?

There was no change in the relative positions of Walton A and Walton B this week. Both teams’ matches ended in stalemate draws, leaving the ‘A’ side five points ahead of the ‘B’ team, with each having two matches to play – and with the two teams scheduled to meet next week.

Their five-point advantage means Walton A are the current favourites, this week sharing the spoils with fourth-placed Windsor Eagles. Daniel Young continued his excellent recent form to take a maximum, with Gary Young winning two.

For the Eagles, Paul Hume won a couple, and there was one apiece for Phil Smith and Mel Rampton. Hume and Rampton shared an 11-7 in the decider doubles victory against the two Youngs.

Walton B were fortunate to be gifted three points in their drawn match with Nomads Panthers after their opponents could only field two players.

But, despite only drawing the match, the result confirms what’s been inevitable since the start of the new year – the Panthers are the champions again.

At the other end of the table, the relegation battle was thrown into confusion when Walton D recorded an unexpected win over one of their rivals, Walton C. Peter Burrows remained undefeated for the ‘C’ team but two each from Mark Gale, Jason Gale and Mark Ratcliffe, plus a Ratcliffe/Jason Gale doubles win saw the ‘B’ team home 7-3.

Windsor Hawks are still not out of the woods following their 8-2 defeat at the hands of Brotherhood A. Luke Burridge and Kevin Gowlett took trebles for Brotherhood, with Martin Edwards winning two. For the Hawks, Felipe Rodriguez took one and shared a doubles success with Ian Fielder.

So the Hawks now sit on 43 points, just two ahead of Walton C and Walton D who are both on 41 points, with Nomads Lions, who were without a game this week, five points behind on 36 points. Crucially, Walton D have played a game more and have only two matches to play whilst the other three teams have three matches remaining.

The top and bottom issues were settled this week in Division Two but, like Division One, there’s still doubt about which teams will finish runners-up and in the second relegation spot.

Second-placed Brotherhood C and third-placed Windsor Buzzards, were in opposition and it ended in a narrow 6-4 win for the Buzzards. Dave Martin won his three, Andy Cawley two and Peter Bloomfield one, with the result only settled in the final match of the evening when Martin edged out Russell Hillier 3-2 (12-10, 11-6, 7-11, 10-12, 11-9) to secure a narrow victory for the Buzzards.

It means Brotherhood C, with only one match left to play, are on 109 points, with the Buzzards, who have two matches to play, ten points behind.

Lawford lost 6-4 to Nomads Jaguars in a hard-fought contest and they now seem too far adrift to challenge for the second promotion spot.

For the Jaguars, a Daryl Lott treble, a pair from Chris Petrou and their doubles win together, ensured the victory. Lott won all his three matches in five, beating Ian Sherwood 11-4, in the decider, John Colvin 11-6 in the decider and Charlie Denholm 11-8 in the decider. Lawford skipper Sherwood won two for the losers.

There’s also still a question-mark as to which team will finish in the relegation places alongside Nomads Bobcats.

Brotherhood E did their cause a power of good when they inflicted a 6-4 defeat on Windsor Harriers for a second time this season. Duncan Dunne won three and Tony Edmonds two, with the pair sharing a doubles win. Ferdy Rodriguez was the Harriers’ best player, winning two, whilst reserve Joe Plummer notched up an important point.

The big match in Division Three between the two leading teams ended in a 7-3 victory for Walton E over Windsor Penguins. Clive Allenby won three, Tony Sharman two and Maggie Earle one, the closest match being Allenby’s 11-5 in the decider win over Sharon Gowlett. For the Penguins, who were crucially without Kayley Rodriguez, Peter Aumord won two and Gowlett one.

The result almost certainly settles the title race in favour of the Walton side, who now sit just two points behind the Penguins but have two matches to play whereas the Penguins have only one match left.

In the battle for the minor places, Windsor Magpies and Brotherhood F are locked together in third place on 80 points.

The Magpies were without a match this week but the young Brotherhood F side of Ben Bryden, Alex Marsh and Elliana Burridge, who’ve enjoyed a promising first season in the League, were 7-3 winners over Windsor Robins. Neil Chegwidden took his customary three for the losers.

Nomads Leopards were 8-2 victors over a Windsor Merlins’ side minus Sam Plummer. Bob Jillins won three, with Stuart Wilkinson and Dave Wright taking two each. Joe Plummer took both Merlins’ points, his closest match an 11-6 in the decider win over Wilkinson.

Finally, John Magill celebrated his first-ever League hat-trick in Nomads Ocelots’ 7-3 victory over Nomads Lynx. There were two for Arthur Wells-Garrett, one for Hazel Blanche, with Magill and Wells-Garrett taking a close doubles, 3-2 (10-12, 11-9, 8-11, 11-9, 12-10) against Dominic Joannou and Adrian Sexton.

* The Closed Championships, sponsored by The Survey Initiative, courtesy of Gary Cattermole, are being held over the weekend of 9th and 10th April at the Coastal Academy Sports Hall. Entries can be made on-line to Peter White or sent by post to Tony Oswick. The closing date for entry is Friday 18th March.

* There were a number of outstanding performances from young Clacton players in the recent Colchester Closed Championships.

And Clacton’s older generation was well-represented, too, Gary Young playing well but ultimately ending trophy-less, losing in the Veterans’ Singles final, and in the Men’s Singles semi-final to Denyer.