Centenary Stories: The rise of Phoenix

In the latest in our series of Centenary Stories, we hear from some of those who have been involved in a long-standing local league winning streak. 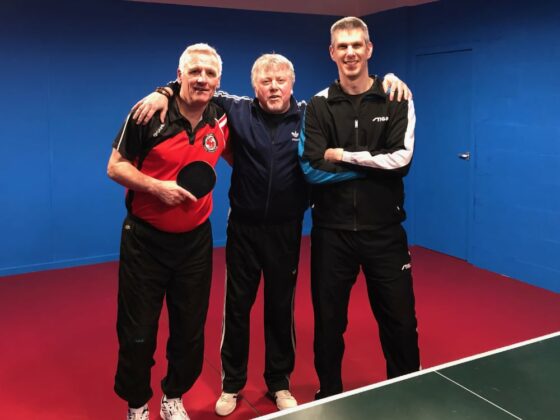 In the latest in our series of Centenary Stories, we hear from some of those who have been involved in a long-standing local league winning streak.

There have been plenty of famous dominant streaks in sport. Individually, Paralympic tennis champion Esther Vergeer retired in 2013 having won her last 470 straight matches over a period of more than nine years, while squash legend Jahangir Khan won 555 successive matches between 1981 and 1986.

Team-wise, the great West Indian cricket sides of the 70s and 80s did not lose a Test series for 15 years, while the New York Yacht Club held the America’s Cup for 132 years – though that encompassed ‘only’ 25 successful defences of the trophy.

But from our very own Coventry League comes an era of dominance which, although not at such an exalted level, shows the commitment, talent and durability of the players from one club.

The club is Phoenix, which has won Division One of that league every year since 1976. The last club other than Phoenix to take the title was Valves in 1975.

Ryan Stockham, Chairman and Secretary of the league and a member of the winning team on a number of occasions, puts that in context when he says: “The first Phoenix title was the year before I was born, so the whole of my lifetime it’s just been Phoenix winning the Division One title. I’m a veteran, so if you put it like that, it’s a long time.

“No one has played all the way through all the winning sides, but there’s probably only been about 10 players involved through the years – I think I’ve won it 17 or 18 times myself and I imagine there are a few other players with a similar number.

“It’s one of those things that you don’t really think about most of the time. We may have one or two close ties and then you think, do you really want to be in the side that loses this record? There’s a bit of pressure from that point of view.”

Adrian Pilgrim played in the winning team for 24 or 25 years but has since moved and has played in the Leamington League for the last decade or so.

He said: “Coventry was the first league I ever played in and I followed on from my dad taking me to watch my brother Kevin, who was one of the best players in the town. I started playing at 14 and played in the top division for a lot of my time in the league.

“I’m very proud we were so successful. It was a social thing as well as being competitive, but until you see those stats, you don’t realise how successful it was. Success breeds success and people want to play for strong clubs.

“It’s lucky you are in a position where you’re winning most weeks, and just happy to be around good players. To keep that momentum going each week is quite tough and it’s a big commitment playing and watching.

“Since I’ve moved on, they’ve got new players but it’s still strong. It’s a nice set-up with a good junior and cadet base.”