Ten amazing players from the last 100 years have been inducted into the Table Tennis England Centenary Hall of Fame. 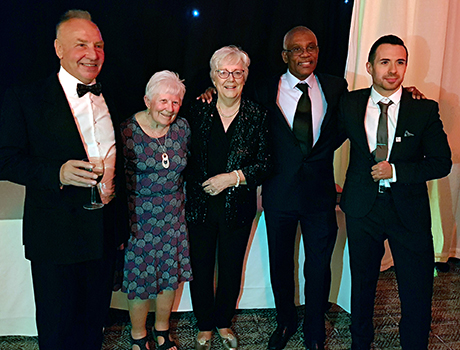 Ten amazing players from the last 100 years have been inducted into the Table Tennis England Centenary Hall of Fame.

The list of inductees was revealed at the Centenary Gala Dinner, with five of the legends on hand to pick up their awards in person.

The identity of those honoured was kept strictly under wraps, meaning they did not have any idea before the event, which was attended by hundreds of guests from across the sport.

Table Tennis England Chairperson Sandra Deaton said: “It was difficult to choose only 10 people from our history, but in the end we were clear that it should be those who had won major honours such as the world or European Championships or the Paralympics.”

Mary, Jill, John Des and Will were all presented with their awards on the night. Here’s what they said:

“Just to be among former players and former professionals who have achieved and done something special, I just feel proud to be a part of it, it’s very special.

“Everybody’s achievements, not just mine, they’re very special and it’s good for the younger players to see that what we’ve done, they can achieve it.”

“I was flabbergasted, to be honest. I’m not sure I deserve it but it was wonderful for me and I feel quite privileged to be one of those 10 people because they were all much better than me, I think!”

“Fantastic, really emotional time for me tonight, all the people I’ve met and being up there on stage as well. I live a quiet life, and my table tennis years have gone, but this is the best.”

“It’s a great honour. To be up there with some of the great players, I’m just really pleased that I was a name on the night.”

“It’s a huge honour, just to be name amongst so many amazing names is just a privilege and an honour. It’s one of the best achievements of my career for sure. It’s a massive honour.”