Can you help us find out more about our leagues’ history?

Can you help with a research project into the history of all English table tennis leagues? 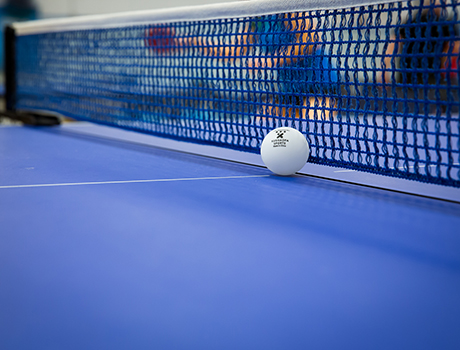 One aspect of Table Tennis England’s Centenary projects has seen John Ruderham and Graham Trimming looking at all Local Leagues’ foundation dates trying to confirm when each and every one was established and when they were first affiliated to the governing body.

The latter has proved more elusive, but you will see that any league that is within five years of an historic anniversary has been highlighted on the list, and also exact dates are shown where they are known. This is a tremendous piece of work for which we thank them – click here or at the foot of this page to download the document.

There has never been a better time to uncover, document and celebrate the rich history of our sport, not just of our national association, but also of its constituent parts: the counties, leagues and clubs.

Table Tennis England is preparing a bid to the Heritage Lottery Fund for sponsorship of a national archive where national, regional and local records can be collected and maintained, thus providing a searchable digital asset for current and future researchers and historians.

We wish to engage with member leagues around the country to encourage them to research and record their own history and the first step towards this is to establish the founding date of each league. Do you know yours? How could it be established?

Many leagues will, right now, be approaching their own centenary, or perhaps their 75th anniversary, or half-century. Is yours one of these? Do you know if it is? If not, how can you find out?

Research can take many forms:

One of the Table Tennis England Heritage Project team, Graham Trimming, tells how, many years ago, he established the founding date of the now defunct Slough League.

When I joined the Slough League in 1972, I noticed that the front cover of the League’s handbook stated that it was founded in 1946. OK, I thought, but that was only until I became part of the League’s management committee and then had occasion to handle the trophies. One of them stuck out. It was a lovely silver cup, donated for the team championship, and it was dated 1931.

That stirred my curiosity. I thought, if the league existed in 1931, then it is going to have a fiftieth anniversary in 1981. During the late 70s, I set about discovering the entire history of the league.

I collected memorabilia, such as handbooks, reports, magazines, etc from older members and earnestly began research through the two local newspapers stored in Slough Library. This proved to be an invaluable source of information and I was able to piece together the entire history of the League, including a report of its founding meeting, yes, in 1931. That enabled me to publish a small booklet on the history of the Slough League in 1981, coinciding with its 50th anniversary.

If all Local Leagues could spend time to have a look at the list and check or provide any missing or exact dates and send any details or information on to [email protected] it would be much appreciated. Thank you.

For any general archive queries then I can be contacted at: [email protected]