Brighton TTC have notched a notable achievement for the Senior British League by entering a fully integrated squad of able-bodied and para players. 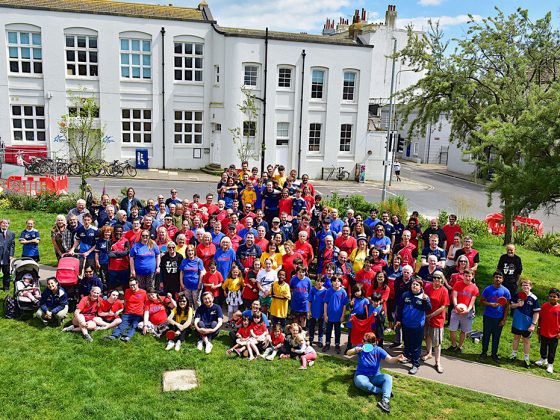 Brighton TTC have notched a notable achievement for the Senior British League by entering a fully integrated squad of able-bodied and para players.

The club will compete in the Premier Division and in several lower divisions with a squad of male and female players which features a roll-call of some of the biggest names in British para table tennis, as well as up-and-coming young players.

Welsh No 1 Callum Evans will be one of the spearheads of the squad, which also includes England youth player Krish Chotai, top-20 Junior girl Jodie Morris and top-15 Senior woman Letitia McMullan, and Jordan Wykes from Jersey.

The presence of wheelchair player Hunter-Spivey, who has previously played in the SBL for Halton, brings into play adaptive rules for able-bodied players facing wheelchair players. Click here to read more about these.

Club Founder-Director Tim Holtam said: “We’ve always had teams in British League and we’ve got a lot of young players coming up who we want to give the opportunity to.

“Will’s been based here since October and Jack Hunter-Spivey has trained here and loved it. We spoke to some of the other athletes up in Sheffield and asked if they wanted to play British League. We’re really pleased they said yes.

“The para players are unbelievable role models and have great stories about overcoming adversity and becoming the best in the world.

“They’re in the mix with these youngsters from Brighton who have the opportunity to play British League. It’s inspirational for everyone and we’re going to get huge crowds here for our matches, it’s going to be amazing!”

Will Bayley said: “For me, it’s amazing for all our young players, who deserve a chance to play in the Senior British League. It’s important for them to get that match practice and play competitive matches.

“For the disability players who are going to be playing in Division One and sometimes the Premier, it’s a massive task for us because we’ve never really played too much able-bodied competition.

“It’s a test to see what level we are and put ourselves up against the best in England – it’s really exciting for us and one amazing opportunity.

“I’m based at the club and it’s my real home and I’m very proud to represent Brighton.

The club’s values are evident as soon as you walk in the building and we can put those values into our play in all divisions and through all the players.”

British League Chair Neil Rogers said: “I’d like to welcome Brighton TTC to the Premier Division. We’re thrilled to have mixed gender teams and some of our best para athletes competing in British League.”