Despite a late hiccup against Sudbury Nomads, Black Notley C have clinched the division two title in the Braintree Table Tennis League. 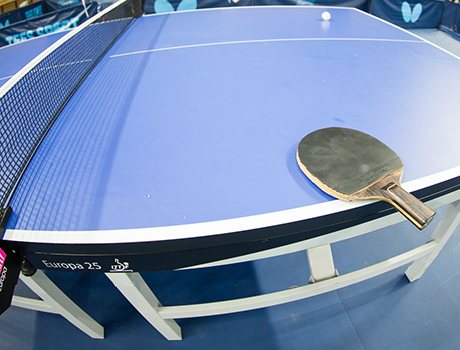 Despite a late hiccup against Sudbury Nomads, Black Notley C have clinched the division two title in the Braintree Table Tennis League.

Nomads turned out a strong team of Karl Baldwin and Richard Kemp plus a rare appearance from Kevin Saunders, now living in Kings Lynn, to register a 6-3 victory.

The evening started well for Notley C, who won the first three sets, but then, defying logic, they lost the remaining six. The three Nomads players all won twice.

Two 5-4 results – a win over Notley F and a defeat by Nomads for second-placed Liberal C – eased Notley’s passage and they had already won the title by the time they scored a 7-2 win in their final match against Notley E. Jonny Evans and Glen Laing were unbeaten for Notley C.

Rayne C ended their season with 6-3 wins over Notley’s D and F teams, with Richard Whiteside unbeaten in the former and Adi Kamma in the latter.

At the other end of the table, Notley D moved up a rung with a 6-3 win over Nomads.

Somewhat surprisingly the division one title remains unsettled. Netts A appeared to have it sewn up some time ago but a 6-3 defeat by Liberal B and a further three points dropped against Rayne B have left them needing three points from their final match with Rayne A on Thursday to take the title.

After losing to Netts at the end of March, Rayne A have been on a roll, with wins of 8-1 over both Notley A and Rayne B and 6-3 over Liberal B.

The latter match included a repeat of the division one singles final between Steve Pennell and Ashley Skeggs that had enthralled the finals night audience four days earlier.

Pennell won on that occasion 13-11 in the fifth game. In the league match he went even further, winning only at 19-17 in the fifth.

In division three, Netts C, who secured the title some time ago, finished with two 7-2 wins. Against Notley I, the two defeats were inflicted by Lawrence Grantham, whose form has improved steadily after his return to the game in January. He beat both Peter Clark and Clive Forster and just missed out at 13-11 in the fifth against Peter Lewis.

At Notley H, Graham Chinnery won twice and this time it was Clark who prevented the hat-trick.

Netts C finished 33 points ahead of Rayne E who ended their season with a surprising 7-2 defeat by Notley I. They only had two players but that’s still a 4-2 defeat on the table.

Third-placed Notley G finished with two defeats in their last three matches, 5-4 against both Notley H and Rayne F, but had a 7-2 victory in their penultimate match against Netts D.

Notley I, on the other hand, once well adrift at the bottom, have risen sharply after the arrival of Grantham and won four of their last six matches, having beaten Rayne G as well as Rayne E in their last two.

It is not only Grantham who has made the difference. Paul Downes’ average improved from 37 per cent in his first nine matches to 67 per cent in the last seven while Matt Stephenson won eight of his first 39 sets and then seven of the last 18.