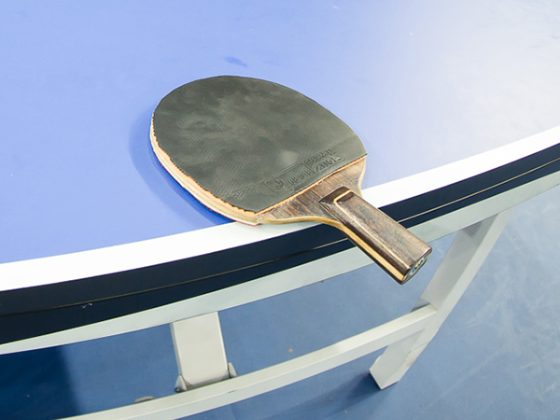 Netts A have made it clear to their rivals that they are going all out to win their first Braintree Table Tennis League title since 2015.

They turned out what was probably their strongest line-up to face Rayne A, their main challengers, and crushed them 9-0.

New signing Michael Andrews is proving the vital piece in their jigsaw this season and put in another strong performance, dropping only one game, against Ian Whiteside, during the evening.

Steve Pennell made both Paul Davison and Andy Holmes work hard and led both of them by two games to one before just missing out. But even he had no answer to Andrews who won their encounter 3-0 (11-6, 11-3, 11-6).

Netts have now won six out of six and opened up a 13-point gap at the top.

Rayne’s defeat has allowed Netts’ B team to move up to equal second place after an unexpected 6-3 win over a Liberal A side containing both Peter Hayden and Simon Webber.

Hayden won his three singles but Webber’s lack of table tennis over the past couple of years has clearly taken its toll.

At the other end of the table, Black Notley A pulled further away from the bottom with a 7-2 win over a Liberal B side shorn of two of its regulars, while Notley’s B team, also two short, went down 6-3 to Rayne B.

It was Notley B’s reserves who came up with the three points, one from Gordon Fairchild and two from Sean Clift, who was denied his hat-trick by Peter Hance at 13-11 in the fifth game.

In division two, the match between the top two resulted in a 6-3 win for Notley C over Sudbury Nomads.

Notley C also had to call on two reserves but Paul Nicol (three wins) and Steve Noble (two) were more than equal to the task.

Third-placed Liberal C were not able to take advantage and suffered a surprise 5-4 reverse at the hands of Notley F. Sean Clift was again to the fore with two wins but it was his brother Adam who stole the show, winning all three.

Notley E are fourth after an 8-1 win over Rayne D while Rayne C moved further ahead of Notley D by beating them 6-3. Dave Marsh was unbeaten for Rayne.

In division three, Rayne E’s lead over Netts C was reduced to one point despite their 8-1 win over Rayne G.  Netts went one better in beating Notley I 9-0.

Notley G had the rarity of two women in their team – only Netts B can match that this season – and both Jill Canning and Kath Little rose to the occasion, remaining unbeaten in the 7-2 win over Notley H.

Charles Wilkinson and Peter Taylor were both undefeated in Rayne F’s 7-2 win over Netts D.