A comfortable win in their last league match has given Netts A the league and cup double in the Braintree Table Tennis League. 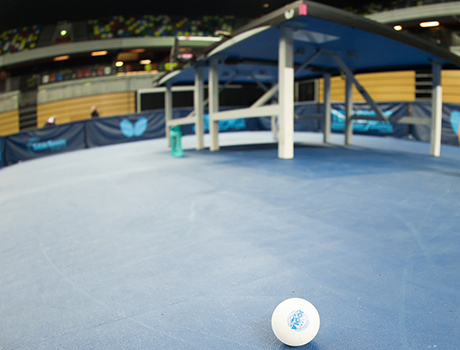 A comfortable win in their last league match has given Netts A the league and cup double in the Braintree Table Tennis League.

Their win in the cup final was a relatively straightforward 5-1 against division one’s bottom team Black Notley B.

Notley’s Patrice Élonge, Neil Freeman and Dave Parker had done the hard work with a surprise victory over a strong Rayne B team of Adam Buxton, Paul Lombardi and Dave Marsh in the semi-final.

Élonge notched up their one success with a win over Joe Meleschko while Richard Upson, standing in for Parker, can be pleased at taking a game off Andrews.

Netts’ final league match was a tougher proposition, against second-placed Rayne A, who had stretched the title race to the final match.

But with Andrews and Davison again in action, this time joined by James Hicks, and only two points needed for the title, the outcome was not really in doubt.

Ian Whiteside and Steve Pennell both beat Hicks and Pennell took the first two games off Davison before losing in five but that was as far as it got, enabling Netts to take the title by a 11-point margin.

Netts’ C team also claimed a double success when they added the handicap cup to their division three win.

Szczepan Ziobro won all three singles and Peter Lewis two out of two in their 5-3 win in the final over Notley C.

Netts C also reached the semi-final of the restricted cup where they put up a strong fight before losing to Notley E.

In the final, Notley E matched the Netts A score, a 5-1 victory over Rayne D. Elliot Game and Mel Cooch both won two out of two while Peter Rickwood scored Rayne’s only point with a good win over Peter Pond.