A wide-open field will be vying for the title of Braintree table tennis champion at the league’s individual tournament which starts this weekend [April 2/3]. 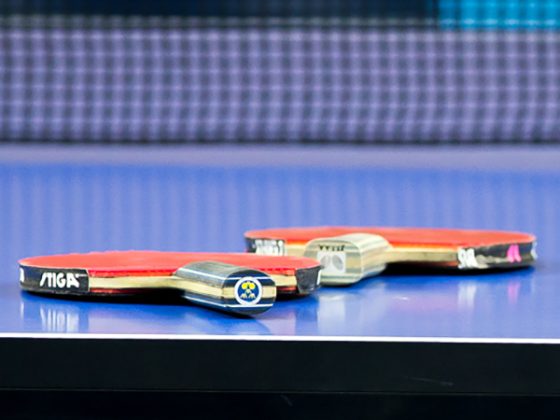 A wide-open field will be vying for the title of Braintree table tennis champion at the league’s individual tournament which starts this weekend [April 2/3].

Lee McHugh, the holder, unable to defend his title for the past two years because of the pandemic, is seeded at No 1.

McHugh has been a full-time table tennis coach for some time now, something that can blunt the competitive edge, but he showed in reaching the semi-final of the Chelmsford League tournament – probably the highest standard in the county – that he still has what it takes.

His likely challengers are Paul Davison, seeded two and a six-times past winner, and Davison’s Netts A teammate Michael Andrews, new to the league this season.

Both have been in fine form with three and two defeats respectively in the league although those defeats suggest a bit of vulnerability.

James Hicks has been rewarded for his increased consistency this season – he has lost only once – by being given the equal No 3 berth.

There are also dangerous floaters outside the top four, notably Adam Cuthbert, who, like Andrews, is in his first season in the league and has two victories over Davison to his name.

Nor is it wise to overlook veteran campaigner Terry Dowsett, now 60, who has also numbered Davison among his victims and has lost only once – to Andrews – in 24 singles dating back to early December.

Former champion Steve Kerns, not yet back to his best after illness, and Andy Holmes, runner-up in 2017, complete the seedings although neither 2019 runner-up Adam Buxton, sidelined by injury for most of the season, nor Simon Webber can be overlooked.

Davison and Andrews are clearly the pairing to beat in the men’s doubles.

McHugh and Buxton are seeded to meet them in the final but challenges are likely to come from Hicks and Cuthbert as well as the longstanding pairing of Steve Pennell and Ian Whiteside, runners-up four times.

Dan Anderson, unbeaten in division two, is a strong favourite to win the restricted singles with Sean Clift, runner-up last time and winner in 2012, at No 2.

Davison is seeded to meet Hicks in the veterans’ final while Hicks and Holmes are the top two in the over 50s singles.

Garry Fryatt and Adam Clift are seeded to meet in the division two singles final while Netts C team-mates Ziobro Szczepan and Peter Clark are expected to reach the division three final.

Finals night will be held at the Earls Colne Recreation Club on Friday April 8.