Braintree League: Leaders get a favour from club-mates 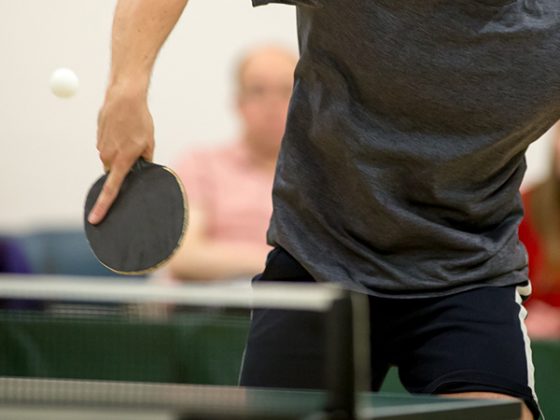 Netts D did their C team a favour in division three of the Braintree Table Tennis League – by beating the only team within shouting distance of the C team in top spot.

Rayne E’s only defeats so far had come at the hands of the league leaders, with Alex Morgan and Martin Brunker in excellent form.

But Jimmy Calisin beat them both in taking his three singles while Jack Dearsley had a good win over Morgan, beaten only four times in 24 sets, and both beat Scott Whiteside to notch up an impressive 5-4 victory.

Netts C meanwhile had little difficulty taking all nine points off a two-man Rayne G to extend their lead at the top to 13 points.

Division two leaders Black Notley C were without a match which gave Liberal C the chance to jump up to the top with an 8-1 win over Rayne C.

Gareth Davies and David Razzell were unbeaten while Richard Whiteside grabbed Rayne’s sole point with a win over Dave Hardy.

Third-placed Sudbury Nomads slipped up against bottom team Rayne D. Karl Baldwin won his three singles but two wins each from Dave Allinson and Peter Rickwood and one from Steve Willis gave Rayne a 5-4 win.

In division one there were excellent wins for Netts B’s Maria Boulton over Netts A’s Michael Andrews – beaten only once, by Peter Hayden, up to then – and Andy Holmes but the A team took the rest, including three from Paul Davison, for a 7-2 victory.

Netts A also beat Liberal B 8-1. Davison was again undefeated, as was James Hicks, who has now won 16 out of 16.

Rayne A improved their chances of the runners-up medals with a 6-3 win over Liberal B, which leaves them only two points behind Netts B with a match in hand.

Ian Whiteside was unbeaten for Rayne but Liberal’s Mike Johnston can be pleased with his wins over Steve Pennell and Alan Burgess.

Liberal A slipped to their sixth defeat in ten matches, 5-4 against Rayne B. Terry Dowsett did all he could but Robin Armstrong’s win over Dave Marsh was Liberal’s only other success.

Armstrong, playing up from the B team, came close to adding to his tally but lost both his other sets at 11-9 in the fifth game.

In the match between Notley’s A and B teams, Steve Kerns’ three singles led the senior side to a 5-4 win.