Three teams from division three and one from division two have won through to the semi-finals of this season’s Braintree Table Tennis League handicap cup. 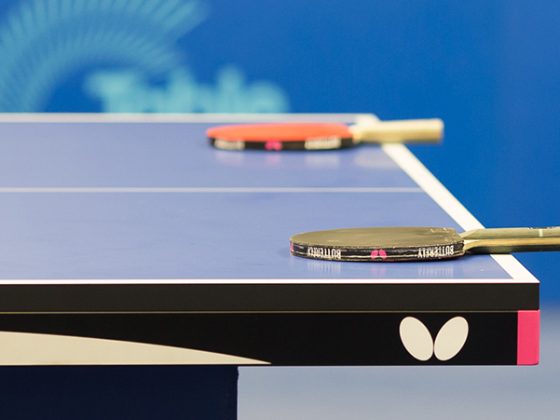 Three teams from division three and one from division two have won through to the semi-finals of this season’s Braintree Table Tennis League handicap cup.

Netts have provided two of the semi-finalists. Their C team, newly crowned champions of division three, will be joined by the D team, operating further down the division.

The C team won 7-1 against second division Rayne C, who avoided a whitewash when Richard Whiteside, giving away five points start up to 21, beat Clive Forster 22-20 in the third game. Peter Lewis won his three singles for Netts.

They will be joined by Rayne F, who beat Notley E 6-3. Alastair Brown and Chris High won two each and Lewis Armstrong-Kirton, borrowed from the D team, won one out of two.

The quartet are completed by Black Notley C, who beat their own D team 5-4 despite having only two players. Steve Noble won three and Tim Huxtable two.

In an earlier league match, Netts C had no difficulty with the D team, running out 9-0 winners in their third division match. They also dispatched Rayne G by the same score to clinch the title with two matches to spare.

Rayne E consolidated their runners-up position with a 5-4 win over Notley G, one place behind them, and a 7-2 win over Netts D. Alex Morgan was unbeaten in both.

Notley G bounced back with an 8-1 win over Rayne F.

In their previous match Notley I had increased the gap between themselves and the bottom rung. They beat Rayne G, the team below them, 7-2, with three wins from Paul Downes and two each from Matt Stephenson and John Wickins.

After knocking them out of the cup they lost a rearranged match 5-4 but then gained revenge with an 8-1 victory.

Stewart Ireland and Richard Upson won twice in the D team’s win while in the other match, Adam Clift, playing up from the F team, gave Dan Anderson his closest encounter of the season.

Second-placed Liberal C had only two players to face Rayne C but three wins from Gareth Davies and two from Garry Fryatt gave them the ascendancy.

In division one, Rayne A beat their own B team 8-1, Ryan Pitt’s win over John Andrews the one that got away.

Notley B’s 7-2 defeat by Liberal A included an excellent win for Neil Freeman over Simon Webber while Maria Boulton was unbeaten in Netts B’s 6-3 win over Notley A. Takunda Nerutanga, quickly adapting to life in division one, won twice for Notley.