After seeing their lead slip at one time to a single point, Black Notley C have re-established themselves as strong favourites for the division two title in the Braintree Table Tennis League. 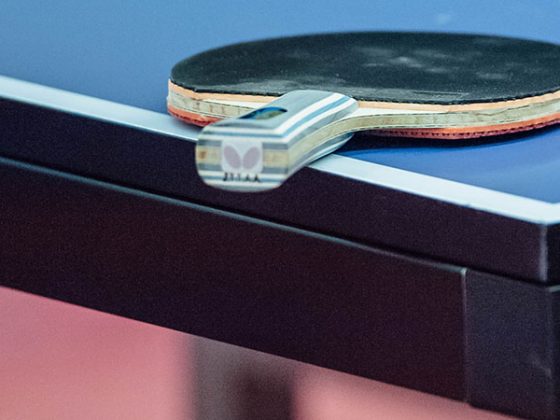 After seeing their lead slip at one time to a single point, Black Notley C have re-established themselves as strong favourites for the division two title in the Braintree Table Tennis League.

They scored a maximum 9-0 against Rayne D while second-placed Liberal C could only manage a 7-2 victory against the same opponents, but more significantly, Notley’s D team did them a favour by taking six points off their rivals.

Liberal C had the double misfortune of facing Rayne D’s Steve Buer, who did not play against Notley C, and a top-form Richard Upson in the D team’s line-up.

Only Gareth Davies got the better of Buer and in the match against Notley D he again was the sole conqueror of Upson. Neither he nor his teammates could cope with Paul Nicol, whose three sets were decisive.

In division one, Netts B’s chances of finishing second suffered two blows, a 6-3 defeat by their own A team and, more importantly, a 7-2 defeat by Rayne A, who are now only eight points behind with four matches in hand.

In the match against Rayne A Nikki Kennard won twice but just missed out at 11-9 in the fifth game against Steve Pennell. For Netts A, Paul Davison and James Hicks were unbeaten.

Simon Webber and Terry Dowsett were unbeaten in Liberal A’s 6-3 win over Rayne B while Takunda Nerutanga, Steve Kerns and Chris Parr took all before them in the BNCA A v BNCA B clash.