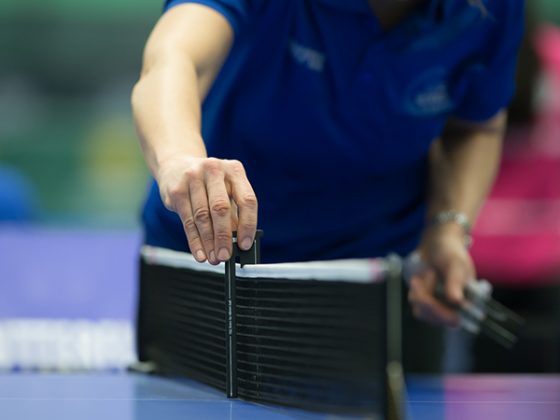 Division two looks like being one of the most closely contested in this year’s Braintree Table Tennis League – and two of the main protagonists came up against each other in the league’s second week of fixtures.

Black Notley C were a player short for their match against Rayne C but they had an able deputy in the D team’s Alan Billing. Billing won one singles and had a narrow defeat at 13-11 in the fifth game against Paul Wellington, the same score by which Wellington lost to Tim Huxtable.

Liberal C, who lost to Notley C in the first week, displayed their credentials with a win by the same score against a Sudbury Nomads side including both Karl Baldwin and Kevin Saunders. Baldwin, beaten only twice in 35 sets in the last full season, was bettered 11-9 in the fifth by Gareth Davies, who also beat Saunders.

In division one champions Liberal A suffered their second defeat in two matches, Netts A repeating the dose inflicted the previous week by Rayne A. Leading Colchester League player Michael Andrews has joined the Earls Colne club’s ranks this season, which will greatly boost their title chances.  He won twice, as did Paul Davison, in Netts’ 6-3 win. It was Adam Cuthbert who brought off a surprise win over Davison despite losing his other two singles.

Zach Harrington starred in the match between the two clubs’ B teams with wins over Maria Boulton, Nikki Kennard and Graham Playle, which never come easily. Netts B won the match 5-4.

Rayne A had a 9-0 win over Notley B while Rayne’s B team beat a two-man Notley A 6-3.  Paul Lombardi won both his sets for Rayne B while Chris Parr won two for Notley A.

Rayne’s new signing Martin Brunker has made a quick impression in division three. After winning twice while playing for Rayne E against title contenders Netts C in the first week – losing only to Clive Forster – he faced the same opposition a week later in Rayne F’s colours and won twice more, this time beating Forster but missing out against Tony Smith. Netts C won the rest for a 7-2 win.

A day earlier Brunker had been in the Rayne E team that beat Notley H 9-0.

Notley G lead the table after a 7-2 win against their own I team, the same score by which they beat Rayne G the previous week. Matt Brooks and Jim Davy were unbeaten in both matches.