An Olympic-sized boost as restrictions ease 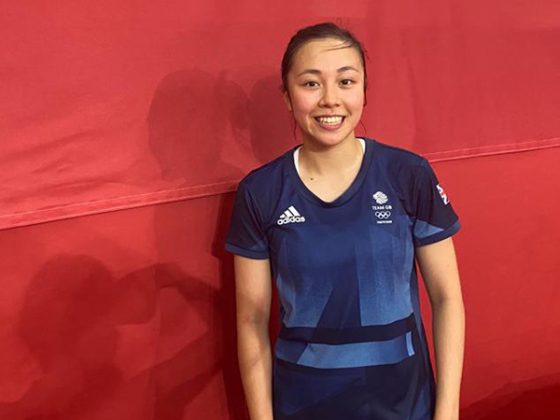 Tin-Tin Ho became the first British woman to qualify for the Olympics since 1996 and competitions made a comeback – how we all needed some good news after a tough start to 2021!

In our first part of our review of the year, covering January to June, we look at these and other stories making the headlines in English table tennis.

As the pandemic continued to cause restrictions across the world, in this country we began the year in a lockdown which prevented most players from competing at any level.

An exception was the World Ping Pong Masters, held in a bio-secure bubble in Coventry and featuring 24 invited players. Among them was Andrew Baggaley, but he was unable to add to his four World Championship titles in the hard-bat discipline as he lost in the final to great rival Alexander Flemming of Germany.

Also in January, Brighton Table Tennis Club played a central role in the virtual launch of Uniting the Movement by Sport England, setting out the organisation’s 10-year vision to transform lives and communities through sport and physical activity.

A taste of new innovations in global table tennis were provided in February as the ITTF revealed four new colours which would be allowed for racket coverings, as well as preparing for the launch of the World Table Tennis brand – a process which saw England’s Sam Walker and Lois Peake become digital film stars for the launch video.

Meanwhile, fellow England internationals David McBeath and Tom Jarvis were stepping up their rehab after undergoing hip operations, as seen in our Inside Team England video series.

The return of international competitions was much heralded in March and Liam Pitchford put in some great performances at the World Olympic Qualifying Tournament in Doha, only falling in the final as he had to wait to clinch that prized spot at the delayed Tokyo Olympics.

Back at home, preparations for the return to play were beginning to gather pace and 50 table tennis clubs were awarded more than £275,000 between them by Sport England’s Return to Play Small Grants scheme, putting the sport in the top 10% of awards and funding granted.

Table Tennis England Chairman Sandra Deaton was singled out as an inspiring role model by an ITTF campaign to empower more women to play leading roles in the sport, while another great role model – Paralympian and junior doctor Kim Daybell – was the recipient of a heartfelt open letter from England No 1 and medical student Tin-Tin Ho.

Despite the lockdown and slow easing of restrictions, we had been busy working for our members and the wider sport throughout the pandemic. But we fell silent for a weekend in April as we – and the England players – joined the #EnoughIsEnough social media boycott to stand in solidarity with the victims of online abuse.

The power of sport was showcased by a World Table Tennis video marking the 50th anniversary of the ‘ping pong diplomacy’ which brough China and the USA closer together.

As Sport England’s Active Lives survey unsurprisingly showed a big drop in activity levels, including in table tennis, during the pandemic, the brakes were finally taken off in May as clubs were allowed to resume indoor sessions. Competitions also returned, albeit with a different feel to pre-pandemic events with strict controls in place, and England pathway players Connor Green and Jasmin Wong were the first to taste victory.

There was a refresh of the Table Tennis England Board as Ritchie Venner was elected and then three more new Directors appointed.

Louis Price and Mollie Patterson won the respective gold medals at the Junior National Cup in June – the first national competition for 15 months, while local leagues were given a new tool in their armoury to recruit new players as TT Fast Format was launched.

The green light was given to a bid to host the 2023 ITTF European Para Table Tennis Championships and, as feelings of optimism began to build towards the summer, two big pieces of news were very welcome.

First, the superstar volunteers of our sport were honoured at a virtual Pride of Table Tennis Awards ceremony. Then came the huge news that both Liam Pitchford and Tin-Tin Ho had been selected as part of Team GB for the Tokyo Olympics – a great boost on which to end the first half of 2021.