All set for Centenary ELCC

The Centenary English Leagues Cup Competitions winners – and the first champions since the pre-pandemic event in 2019 – will be decided over a weekend of intense competition. 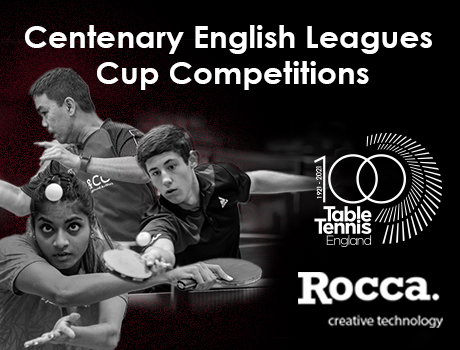 The Centenary English Leagues Cup Competitions winners – and the first champions since the pre-pandemic event in 2019 – will be decided over a weekend of intense competition.

Draycott & Long Eaton TTC is the venue and a full complement of 32 teams will compete for four titles in the competition, sponsored by Rocca Creative, this weekend (July 9-10).

Saturday will see the JM Rose Bowl (women) and Wilmott Cup (men) played, with the Bromfield Trophy (girls) and Carter Cup (boys) on the Sunday. Download the programme below to see the draws.

There are two potential clean sweeps on the cards, with Norwich and Plymouth both having qualified in all four competitions, though the other teams will have something to say about that. Wembley & Harrow have four teams in three competitions and will fancy bringing some silverware home, while Guildford have two teams in the Wilmott Cup.

With a sprinkling of England youth squad players and national champions in the two Junior events, there promises to be some scintillating play.