All set for a grand Nationals!

The best young players in the country will be going for glory at the Mark Bates Ltd Cadet, Under-17 and Junior National Championships this weekend – and, as ever, there are plenty of sub-plots to the action. 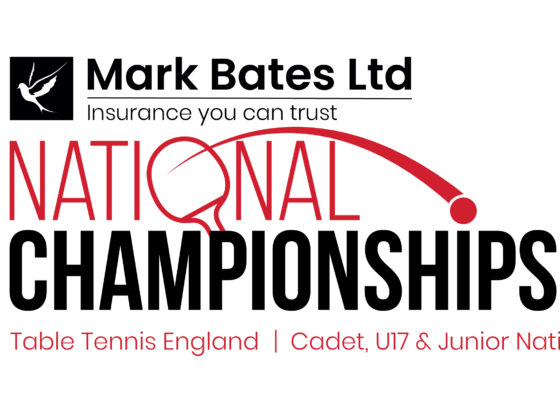 The best young players in the country will be going for glory at the Mark Bates Ltd Cadet, Under-17 and Junior National Championships this weekend – and, as ever, there are plenty of sub-plots to the action.

Not least among them is the return of several players who missed last season’s competition because of covid isolation requirements – the boys’ events were particularly affected, with four Cadet seeds and five Junior seeds among those unable to take their places at the tournament which was played last July.

The age groups have also changed this season, with the addition of the Under-17 competitions meaning there are now three age brackets in line with international tournaments.

And there is the return of the doubles competitions, which could not be held last year because of covid protocols, meaning the doubles champions this year will be the first since 2019.

All of this will make for a busy event as a total of 133 players compete for 13 trophies across the weekend at the University of Nottingham – the Cadet and Under-17 events on Saturday and the Juniors on Sunday.

We will be streaming selected matches live on the Table Tennis England Facebook page, and tournament results will be regularly updated on our results page.

Click here or at the foot of the page to download the event programme, with all details of the players, draw, schedule and seedings.

Among the players going for gold are a number of sibling rivals – and nowhere is this more apparent than in the Cadet Boys’ Singles, where Jakub and Kacper Piwowar are the top two seeds and therefore expected to meet in the final. Other players may of course have something to say about that, including Cadet National Cup champion Larry Trumpauskas and last season’s under-13 national champion Ralph Pattison. Jakub Piwowar & Ollie Maric-Murray top the doubles seedings.

Bethany Ellis was among those who did make it to last year’s tournament, and she defends her Cadet Girls’ Singles crown from the third seed position – Sienna Jetha and Maliha Baig are those ahead of her and the three of them took the medals at the Cadet National Cup in March. Baig & Ellis team up as top seeds in the doubles.

In the Under-17s, the race to be the first champions at the new age group is headed by Amy Marriott and Megan Jones in the girls’ category and Connor Green and Toby Ellis in the boys’ section. Jones, a Junior bronze medallist last time, teams up with Anna Green to top the doubles seedings, while Connor Green & Naphong Boonyaprapa are top boys’ doubles seeds.

The top four seeds in the Junior Boys’ Singles are the same as the Under-17 event, with Green and Ellis ahead of Ben Piggott in third and Joseph Hunter in fourth, the latter underlining his progress since winning the Cadet Boys’ Singles title last year.

Ellis will be aiming to go one better than last year, when he was beaten in the Junior final by Maxim Stevens – with Stevens unseeded, there will be a repeat of that match in Group 2 this time around.

The Junior Girls’ Singles rankings are headed by Mari Baldwin, the Senior Women’s Singles finalist from 2020, followed by Marriott, Jasmin Wong and Anaya Patel, meaning there will be a first-time winner of the trophy.

The action gets under way at 9am on Saturday with the Cadet group matches.