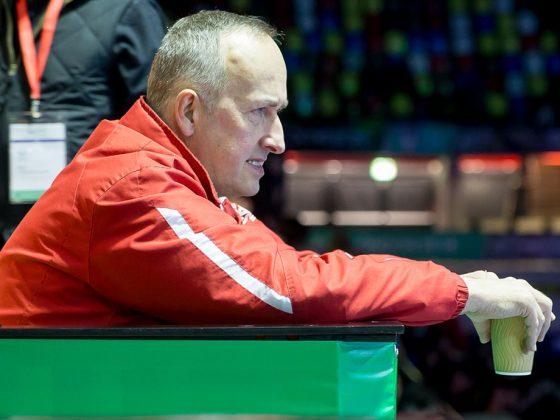 The course is being run by the Swedish Table Tennis Association (SBTF) in association with Sports Sweden and aims to provide 12 Swedish and 12 international coaches with the opportunity to interact with high level lecturers and each other to share knowledge and ideas to raise the standard of coaching at the highest level.

Over the five days of the course coaches will be able to participate in both theoretical and practical sessions covering a broad range of topics and run by experts in their field. The High Level Coaching Course is funded by the ITTF and aimed at coaches working at a high level within their national associations and internationally.

After winning many cadet and junior titles in his native Yugoslavia, which was then one of the strongest countries in the world in table tennis, Sercer (pictured above) focused on coaching from the age of 21 and studied at the University of Zagreb before moving to Italy where he coached women’s teams in Trieste and Castelgoffredo, winning a number of senior titles and guiding two athletes to Olympic qualification.

”We are delighted that Matjaz has been chosen to participate in this course,” said BPTT Pathway Manager Shaun Marples. ”He has already made an impact on the progression of our Pathway and Futures athletes with Grace Williams and Dan Bullen chosen to compete for Wales and England respectively in the Commonwealth Games next week.

“We are committed to increasing the level of coaching throughout our squads and it is exciting to know that our athletes will be able to benefit from the knowledge that Matjaz will undoubtedly bring back from his time in Sweden.”