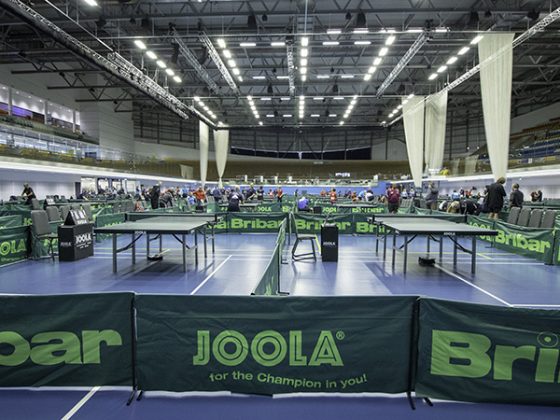 After a wait of more than 18 months, British League showpiece weekends return to the calendar with a bumper Veterans’ competition held across two venues this weekend.

Derby Arena hosts the bulk of the action, with an additional men’s division hosted at Draycott & Long Eaton TTC nearby.

Almost 400 players will compete across 14 divisions as teams vie to lead the standings going into the second half of the competition next February.

Defending women’s Premier Division champions PPong will again be up against the nearest challengers from 2019/20, Knighton Park and Failand, while Ellenborough and Foresters Ladies have been promoted to the top flight.

In the men’s Premier Division, Wolves and Topspin Fusion are new to the division and will challenge established foes Rams, PPong, Draycott and Bribar – the latter the new incarnation of champions Bribar St Neots Saints.

The event is being held under some covid-related restrictions. Below is a statement released yesterday on our social media channels:

We understand the frustration that teams and players may be feeling regarding covid-related restrictions on the Veterans’ British League (VBL) divisions being held at Derby Arena this coming weekend.

These restrictions were confirmed by the venue last week and notified to teams and players by Table Tennis England at the earliest opportunity.

There are no similar restrictions in place for those VBL divisions being held at Draycott this weekend, and indeed there were none at the recent Crawley Grand Prix. These are requirements specific to Derby Arena.

Table Tennis England apologises for any inconvenience and hopes that teams and players will be understanding and work together to ensure the return of VBL is a success.