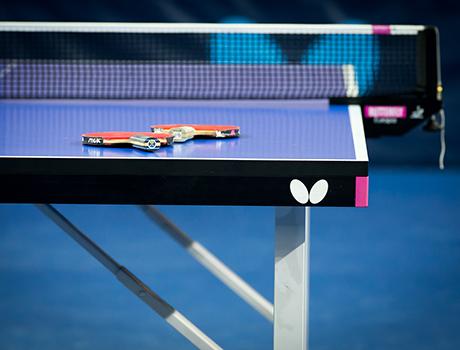 And the news that none of Brandon Crouchman, Simon Webber or Scott Dowsett were likely to play very often for champions Liberal A turned a likelihood into a near certainty.

Congratulations are due therefore to Rayne A for pushing it to the final match before Netts could actually lay their hands on the trophy.

Netts’ triumph was a multi-handed one, with six regular players. With Andrews and Paul Davison, men’s singles finalists last month, to call on, the title was Netts’ to lose especially when James Hicks enjoyed a lengthy purple patch to remain unbeaten until February.

They seldom looked like giving away their advantage but Rayne A’s regular squad of super vets (over 60s) – John Andrews, Alan Burgess, Steve Pennell and Ian Whiteside – pushed them to the end so that Netts still needed two points in their final match to get over the line.

As it turned out, Liberal A’s squad was depleted even more than expected when Peter Hayden was only able to turn out seven times. Zach Harrington, moving over from Black Notley, and Terry Dowsett were their mainstays but could not do enough to prevent a slide to fourth place.

Netts B finished above them, and only ten points behind Rayne A, thanks in no small part to Maria Boulton, whose consistent form included wins over Andrews, Crouchman and Webber.

Just over a week after they secured a cup and league double in the Braintree League, Netts A repeated the feat in Colchester.

Michael Andrews and Paul Davison were joined by the former Black Notley and Bocking player Gary Young and his son Daniel in Colchester, where they won the league with a 13-point lead over Great Horkesley A.

They made it a double double last week when they took the knockout cup with a comfortable 5-0 win in the final against Lawford A.