Table Tennis England Development Director Greg Yarnall is leaving the organisation in September to take on a new challenge. 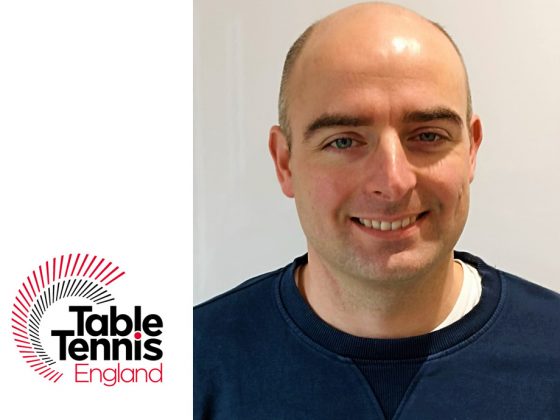 Table Tennis England Development Director Greg Yarnall is leaving the organisation in September to take on a new challenge.

Greg, who has been with Table Tennis England for six-and-a-half years, is to lead the Royal Yachting Association team in Northern Ireland as their Chief Operating Officer.

Greg has been a key part of the team in Milton Keynes and last year won the AK Vint OBE Staff Award for exceptional service as a staff member for leading the organisation’s covid response.

Among the many other projects he has steered is the development of TT Kidz, which has introduced thousands of 7-to-11-year-olds to the sport, the Pride of Table Tennis Awards and the launch of the Level The Table strategy last autumn.

He has also overseen a number of grant schemes which have helped countless clubs and organisations, including the BeTT programme and the Inclusivity Grant Scheme.

“Any club which has engaged with one of our projects in the last five or six years will have been directly influenced by Greg and the team he leads.

“In TT Kidz and Level The Table in particular, we see Greg’s passion for enthusing people about table tennis and making it easier, and more accessible, for them to take part.

“He will be a big loss to Table Tennis England, but he and his family have a huge professional and personal opportunity in Northern Ireland and we wish him and them every success.”