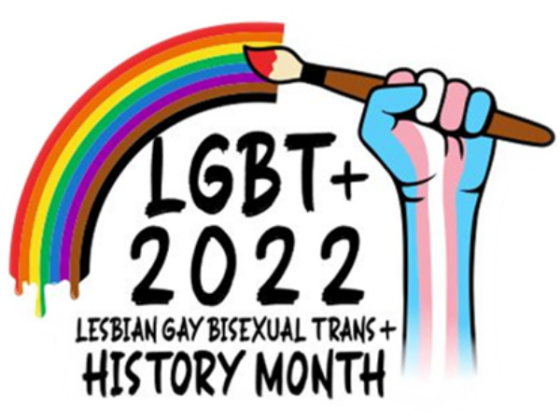 We believe in creating a truly inclusive sport, and becoming an ally of the LGBT+ community and that’s why we’re supporting the 50th anniversary of the very first Pride March in the UK in 1972.

LGBT+ History Month in February is an annual month-long observation of lesbian, gay, bisexual, and transgender history. The theme for 2022 is Art in Politics – The Arc is Long. The month is a celebration of LGBT history and aims to strengthen communities and provide role models. This year we are using this moment to celebrate the achievements of the LGBTQ+ rights movement, highlight the often-forgotten role of LGBTQ+ people in history and look to the future.

Alan Turning is known and celebrated for the crucial part he played in the victory over Nazi Germany in World War 2. The mathematician is thought to have shortened the war by several years for cracking something known as the Enigma code. Despite his achievements, Alan was also a victim of the mid-20th Century attitudes to homosexuality. In 1952 he was arrested because being homosexual was illegal in Britain. In 2013 he was pardoned and in 2017 the government agreed to remove his criminal record. This has come to be known as the Alan Turing law. Alan Turing | Biography, Facts, Computer, Machine, Education, & Death | Britannica

In the 1960’s and 1970’s Marsha P. Johnson’s work had a huge impact on the LGBT+ community. During this time, in the United States being Gay was classified as a mental illness. People who were Gay were beaten, threatened and shunned by the police and society.

In June 1969, 23-year-old Marsha was one of the key figures who stood up to the police during raids on a Gay Bar in New York, called The Stonewall inn. During the raid police forced over 200 people out of the bar and into the streets using excessive violence. Life Story: Marsha P. Johnson – Women & the American Story (nyhistory.org)

Goronwy Rees began his career as a journalist before working for MI6. He later then became a principal of Aberysthwyth University. Goronwy played a significant part in LGBT+ history, after joining the government’s committee which investigated Homosexual offences and prostitution. In 1954 he played a key role in producing the Wolfenden report. His work laid the foundations for a later law which partially decriminalised male homosexuality for the first time in England and Wales. Wolfenden Report | British report | Britannica

Phyll Opoku-Gyimah, also known as Lady Phyll, is a British anti-racism campaigner and LGBT+ rights activist. Co-founder of UK Black Pride attracts nearly 8,000 people every year. The event promotes unity among people who are from African, Asian, Caribbean, Middle Eastern descent in the UK. Lady Phyll is also the Executive Director of the charity Kaleidoscope Trust, which campaigns for the human rights of LGBT+ people in countries around the world where they are discriminated against. Lady Phyll — UKBP (ukblackpride.org.uk)

London Pride parade: History of gay rights in the UK