Injured Drinkhall out of Nationals

Top seed Paul Drinkhall has had to withdraw from the Mark Bates Ltd National Championships because of injury. 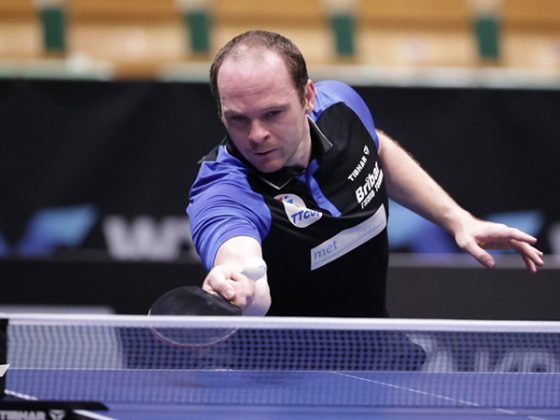 Top seed Paul Drinkhall has had to withdraw from the Mark Bates Ltd National Championships because of injury.

Drinkhall went over on an ankle during a French League match last month and has not recovered in time to compete in Nottingham this coming weekend.

He said: “It’s a shame, but it’s not there yet and it’s not even ready to practise on.

“I was hoping to be able to leave it as long as I could to give myself a chance, but unfortunately it’s worse than we originally thought and it means the recovery time is almost double.”

It means Sam Walker is now the top seed for the Men’s Singles competition, while the combination of Drinkhall and David McBeath are out of the Men’s Doubles.

The draws for the knockout stages of the Men’s Singles and Women’s Singles will be held on Thursday – you will be able to watch live on our Facebook page from 10.30am.

Click here to read about the draws for the other competitions, which have already been made.