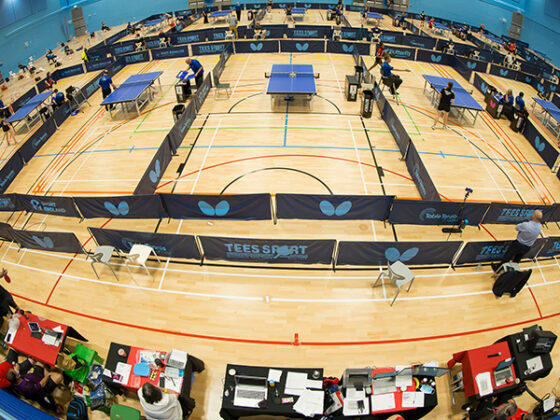 With the start of the new season on August 1, a number of important changes to the competitions and events structure have kicked in.

Not least among these is the restarting of rankings and ratings as of Sunday August 1. These have been suspended for almost 18 months because of the pandemic, but with the calendar of events filling up for 2021/22 we are now able to restart the monthly lists.

Members of Table Tennis England will once again be able to earn ranking points at all eligible events on or after this date. New season rankings will be published shortly on our rankings homepage.

Rankings, memberships and event entry will reflect the move from Under-18 to Under-19 eligibility for the Junior category, as announced earlier this year, to align with the structure across international competitions, where core age-groups are U15, U19 and Senior, with optional age groups at U11, U13, U17 and U21.

This approach received overwhelming support from our membership during a consultation period on the proposed change.

Further to this change, the Board has agreed, with support from the Competition Review Steering Group, the following changes to the National Championships and National Cup categories for the 2021/22 season:

In the first place, the Senior National Cup would be an aspirational aim and both men’s and women’s categories would depend on suitable date(s), player availability and financing.

These changes fit the Table Tennis England strategic priority of aligning the domestic programme with international standards, as well as plugging the widening gap between the Cadet and Junior categories. It also meets talent and performance objectives of providing a domestic competition opportunity for top Seniors and the chance for up-and-coming Senior players to compete against existing national team members.

This approach supports feedback received from the Women and Girls research project carried out in conjunction with TASS.

Among the other possible additions to the calendar, the competitions department will explore the viability of a one-day Women’s Grand Prix with female staff, referee and umpires.

If the ongoing Competition Review suggests a different direction or further refinements, that would take precedence and result in further changes in the 22/23 and 23/24 seasons.

In addition to the above changes, we can confirm that 4* competitions between September and February will provide an entry route into the Mark Bates Ltd Cadet & Junior Championships. In addition to places being decided on the basis of rankings, up to 10 4* finalists will receive an automatic invitation in both boys’ and girls’ events. Other 4* entrants will qualify for remaining places via a leaderboard, with points accrued for reaching certain stages of 4* events.

Further details about this will be available in the prospectus, which will be published shortly. All invitees to the Cadet & Junior Nationals must participate in at least two of six eligible 4* events.

As also previously announced, British League fixtures, results and player statistics will transition to the TT Leagues platform. Some divisions of the County Championships, National Cadet and National Junior Leagues will also be run on TT Leagues as a pilot programme.

A number of agreed updates and amendments have been made to the suite of regulations, including Regulated Competitions, Tournaments, and British League.