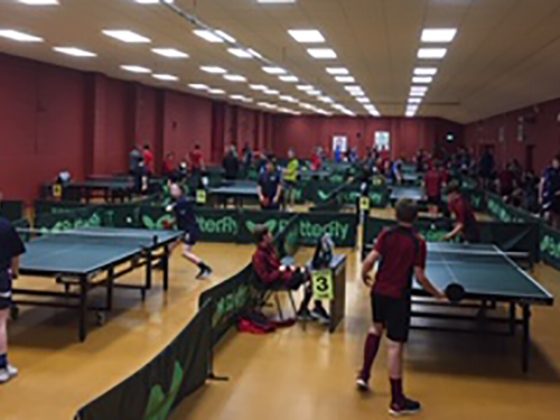 This was the first event back at the TT Centre as it had been used as a Vaccination Centre and then had ceiling and lighting refurbished as part of decarbonising of the DCBL Halton Stadium in Widnes. Due to Covid-19 schools this year could only enter one team per event.

The Zone Final winners and runners-up go forward to the Regional Finals in February. Regional Winners play in the National Finals at Aldersley Wolverhampton on Sunday 3rd April.

The individual Cheshire Schools will take place in February 2022 at Halton TT Centre.