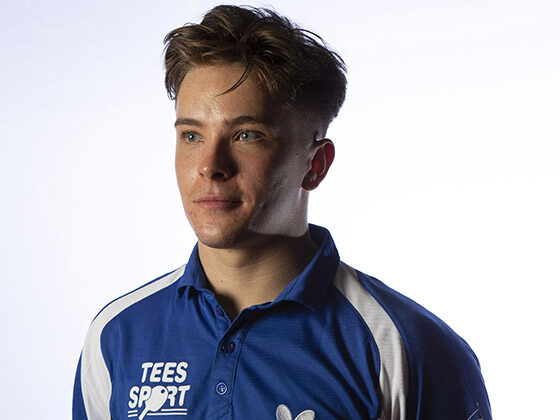 Joshua started playing table tennis at the age of 13 when coach Simon Oyler came to his school and ran a ‘come and try’ session after which he admits that he was ‘hooked’.

At the age of 17 he was diagnosed with cerebral palsy after BPTT coach Mat Kenny, during a visit to Grantham College where Joshua was combining his table tennis with his studies, noticed that the young Welshman was walking on his toes and suggested that there may be a physical reason for his inability to place the weight fully on his feet.

Just six months after making his international debut in 2017 Joshua represented Wales at the Commonwealth Games on the Gold Coast and completed a 1-2-3 for the British Para table tennis team by taking bronze in the men’s class 6-10 singles.

In 2019 he took bronze in the men’s class 10 team event at the European Championships with Kim Daybell and Ashley Facey Thompson and, having taken singles medals in Italy, Slovenia, Poland, Czech Republic, Finland and China, broke into the world’s top 10 in men’s class 9.