Festivals inspire girls to get on the table

More than 70 girls had an inspiring introduction to the sport at three Jack Petchey Girls’ Table Tennis Festivals in London. 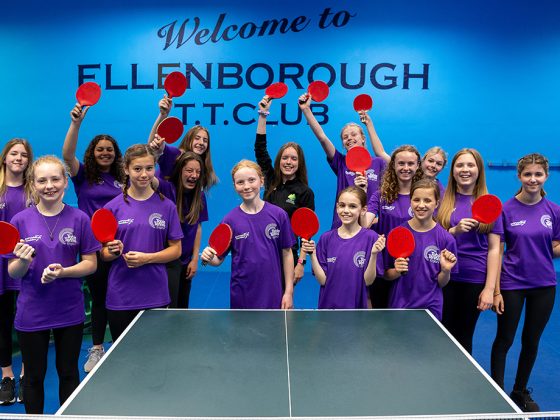 More than 70 girls had an inspiring introduction to the sport at three Jack Petchey Girls’ Table Tennis Festivals in London.

The aim of the festival was to be fun, engaging and to inspire the girls to play more when they went back to school.

The sessions included several challenges – which pair could hold the longest rally, who could do the most keepy-uppies, and round the table. The participants with the highest score could win a bat, bat-case, and box of balls.

Participants also received coaching in basic skills, a shoulder bag and other gifts.

The second festival was at Ellenborough TTC in Enfield, led by another female coach in Sandy Nash, with county over-60s player June Nelson, and attended by four schools. The club also set up a robot challenge and gave the girls information about getting involved at the club.

The final session at Frenford Clubs in Ilford was attended by pupils at two schools and led by coaches Andrew Petrou and Farhaan Ahmed.

Table Tennis England Youth Participation Officer Lauren Evans said: “I think this festival was a positive first introduction of the sport and was a great way for the girls to build confidence in themselves.

“We had a lot of very positive comments from the girls and and 100% of them agreed that the coach made the sessions fun. The vast majority also said they would like to continue playing.

“The teachers also gave very good feedback and said they would recommend future festivals to other schools.”